Besides the normal criticism and bitter attitude towards our policemen, there are those with big hearts and sincere dedication to their jobs.

Ruth Moraa, a police officer based at Changamwe police station is exceptional after rescuing a woman who was almost raped by two men on the same night.

Apparently, a young lady from Luanda had been invited by close relative to Mombasa with promise of getting her job in the coastal city last weekend with instructions to meet a man who will assist her.

Nairobi Journal has established that after picking and taking her to his house, the man in question demanded to sleep with the lady before employing her.

“Luckily, the she managed to escape from his house to the nearby boda-boda stage where she met one of the riders who promised to host her for the night claiming he was disciplined married man”, a witness reported. 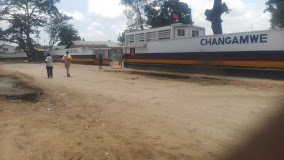 The boda-boda man turned to be rogue bachelor and again demanded for sex but he was unsuccessful after his prey stormed out of the house and met good samaritan who assisted her to Changamwe police station.

It is here that she met Moraa who was on the night shift and agreed to stay with her until the end of her duty, then she took her to the house to rest as they tried to locate ‘mafisi’.

“The lady was unable to locate the houses since she was new in Mombasa, later on Moraa and the lady arrived at Tahmeed booking offices and paid her Sh2000 fare to Luanda and Sh1000 pocket money”, the bus company staff told Nairobi Journal.

POLICE have refused to arrest Chinese man who stole my money, destroyed my chest – employee

How fuel shortage, Russia – Ukraine war has changed life of sex workers in...

Lost is back on Tudor route