News I donated Sh100M truck to Dp Ruto unconditionally because he is next... 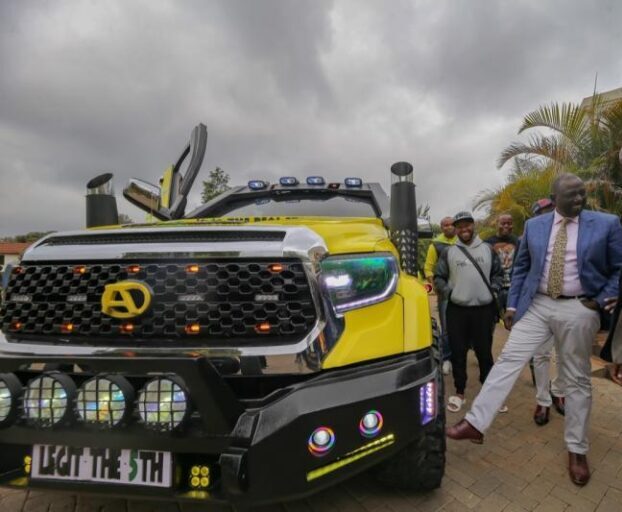 A Nairobi businessman who donated a huge campaign truck to Deputy William Ruto has revealed that he donated the vehicle unconditionally.

Patrick Nderitu, the CEO of Pimp My Ride where the vehicle was designed has also said he believes that Ruto will clinch presidency without breaking any sweat.

“I donated the vehicle to the Deputy President unconditionally because I felt he needs it in the final stretch of his campaigns. The writings in front of the vehicle are clear, Legit The Fifth”

“The truck was imported from Dubai and the branding was done in Kenya, among other final touches,” Patrick Nderitu, Managing Director of Pimp My Ride told a local daily.

Nderitu explained that The whole preparation for the vehicle took one year citing that their aim was to come up with unique look.

The vehicle was imported from Dubai where some it was partly designed and other features done by Pimp My Ride in Nairobi bringing the cost to about Sh100M.

The truck has a high-class interior with a red carpet and like Lamborghini, the truck’s front doors are automated and hinged at the rear rather than the front. Inside, the truck has a fridge and charging ports.

“It also has two sunroofs, a VIP protection area and can go on any kind of terrain. The vehicle can clock 200km per hour,” Nderitu explained

When he received the six-wheeler truck  vehicle on July 16, Ruto shared, “Indeed every hustle matters. Pimp My Ride: Creativity at its best. Thank you for your contribution to the Hustler Nation Campaign.” 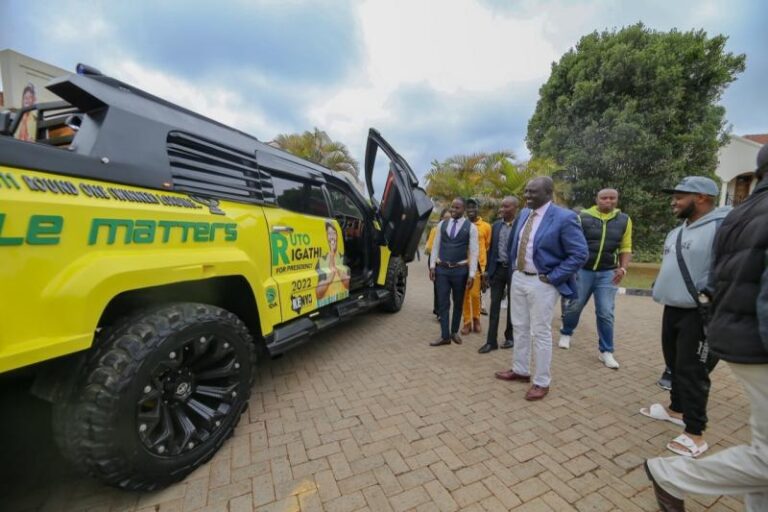 Were affidavits against Wajir Governor forged?

No arrest for KDF officer who defiled, impregnated class 7 girl