A man who had been warned against sleeping with a neighbour’s wife has confessed to developing sagging breasts after ignoring the warning.

James Mutua, 39, had been told by the woman’s husband that he would be taught a haunting lesson if he crossed the red line.

He has since been watching breasts resembling those of the woman he slept with grow on his chest for the last six months. The husband who issued the warning lived in the same village as Mutua.

Unlike normal breasts that have black nipples, Mutua’s are reddish and sagging like those of a lactating woman.

“I have been living like this from 2015, and it all started after I slept with my neighbour’s wife back in the village where I was working,” explains Mutua, a former farm manager of a prominent person in Makueni County, Eastern Kenya.

“I felt a sensation around the chest and before long the breasts started developing and became big, forcing me to wear a bra and baggy jackets,” he said.

“One night in mid-2015, I returned home around 10pm but while approaching I saw someone standing near the door and upon moving closer I realised it was her (neighbour’s wife),” recalls Mutua.

He added, “When I asked her what she was doing at night, she teased, asking if I’m afraid of women. We argued for a while before I allowed her in and she said she just wanted company.” 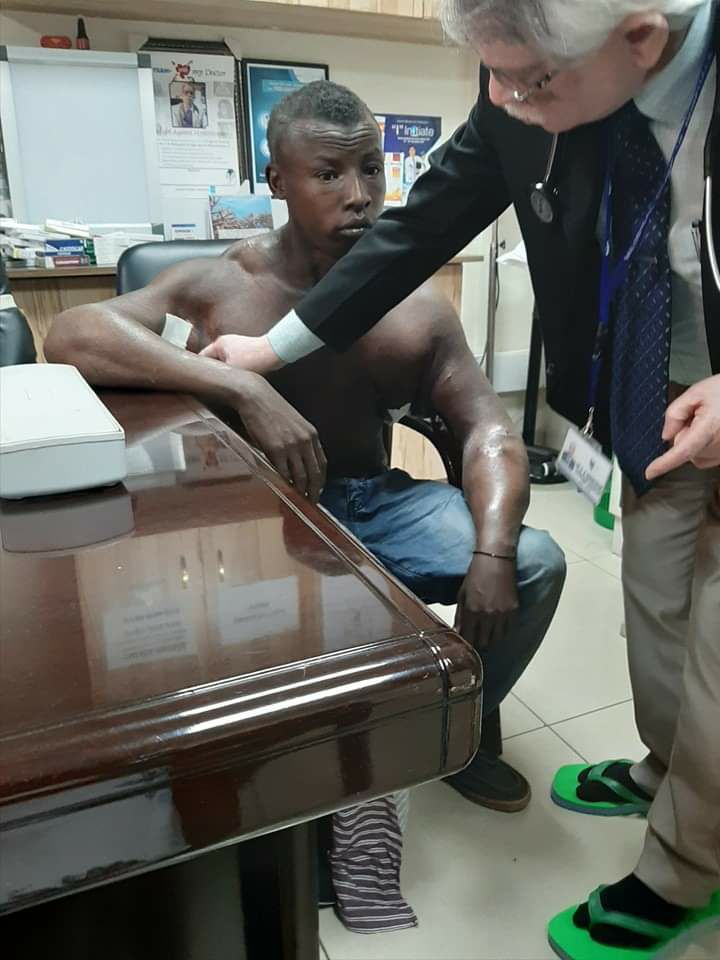